Significantly altered with the construction of a second floor, this house was likely constructed as a one-story Ranch house. The side-gabled house is currently four bays wide and double-pile with a second floor over the right (southeast) half of the house that slightly overhangs the first floor. It has a brick veneer, paired six-over-six wood-sash windows, and vinyl siding in the left gable, at the second floor, and between the right two bays of the first floor façade. The entrance, located on the left (northwest) end of the two-story section, is a six-panel door with four-light-over-one-panel sidelights that is accessed by an uncovered brick stoop. The one-story section to its left has a glass block window and a nine-light wood picture window on the façade, and an exterior brick chimney in the left gable end. County tax records date the house to 1953 and the earliest known occupants are Irving A. McCollum, an instructor at North Carolina College (later North Carolina Central University), and his wife, Maryland H. McCollum, an office secretary at Lincoln Hospital who later became a social worker for Durham County, in 1955. The second floor was added between 1988 and 1993.

County deed records show that C.C. Edwards and wife, Annie Edwards, sold the lot to D.A. Williams and Mae R. Williams on July 21, 1949.  Mr. and Mrs. Williams did not build on the property and sold the lot to Irving A. McCollum and Maryland McCollum on January 10, 1950.

The McCollums were the parents of three children and were friends of my family.  We were all members of the same church, Covenant Presbyterian Church, USA as well.  Years later, their daughter, Alice, became the first African American to be eleted as Montgomery County Probate Judge in Ohio.  She was a member of the Ohio Supreme Court's Commission of Dispute Resolution after being appointed by the Ohio Supreme Court Chief Justice and Justices.

Mrs. McCollum, after becoming a widow, decided to move to Ohio, with her oldest son, to be close to and live with her daughter.  She sold her house to Jaison Carter on July 11, 2006.  Mr. Carter is still the owner and occupant of the house. 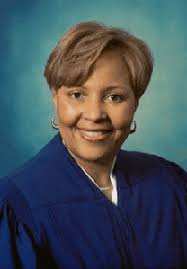