Among the most intact and finely detailed houses in the district, this one-story, hip-roofed Period Cottage is three bays wide with a projecting, clipped-front-gabled bay on the right (west) end of the façade. The house has a stuccoed exterior, six-over-one wood-sash windows, and exposed rafter tails. The entrance, centered on the façade, is inset within an asymmetrical, front-gabled bay with faux half-timbering. The batten door with four lights is accessed via an uncovered brick terrace and an arched opening in the bay. There is a front-facing, tapered brick chimney to the left (east) of the entrance with stucco only on the base of the chimney, paired windows on the left end of the façade, and a triple window in the right bay with an arched, diamond-paned window in the front gable. The front-gabled bay extends as a rear ell at the right rear (southwest) with an enclosed porch at its rear. There is also a hip-roofed ell at the left rear (southeast). County tax records date the house to 1930 and the earliest known occupants are Alfonso Elder and his wife, Louise Elder, in 1935. Alfonso Elder was a professor of mathematics, Dean of the College of Arts and Sciences at North Carolina College (later North Carolina Central University), and later named as the second President of North Carolina College.  His tenure as president was from 1948 until September 1, 1963.  While in this capacity, Dr. Elder supervised the integration of the college.  During the demonstrations in Durham, Dr. Elder frequently remind young people that it was the constitutional right of students and teachers to engage in protests.  He was an avid supporter of the Civil Rights Movement.  The Alfonso Elder Student Union building was named in his honor.  Dr. Elder died in August 1974. 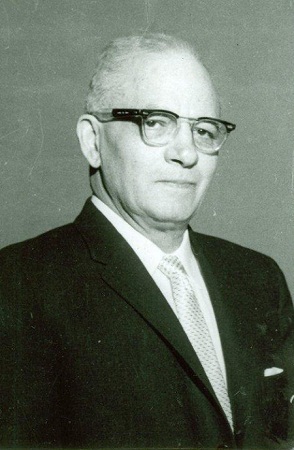